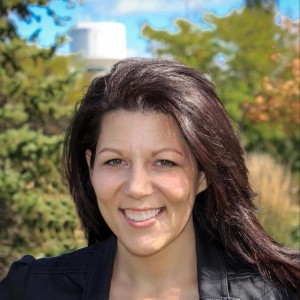 Ayurvedic Medicine – Another Oldie But Goodie

I know my professional training is in Chinese Medicine but Ayurvedic Medicine is a side passion of mine. If you’re new to this term, Ayurveda is a traditional holistic alternative medicine with its routes in India. The name Ayurveda translates as ‘science of life’ or life science in Sanskrit. Ayur means “life” and Veda means “science. Its system of medicine relies mostly on plant support to produce its major component.

‘Home remedies’ are popular among Indian households, where herbs, spices, seeds, roots, leaves, stems, petals, and flowers are commonly used. It is not uncommon to find that certain family members can cure even complicated disorders with simple and effective formulas that, at times, have shown remarkable results.Around the world, we are seeking a comprehensive and complete natural healing system that is not merely some curious form of old-fashioned folk medicine, but a rational, scientific system that is sensitive to nature and the environment. Ayurveda provides precisely this type of treatment since it is an ancient medical system that has a long history of clinical excellence and provides a natural approach to treatment, including diet, herbs, and massage.

Ayurveda teaches us how to improve our immune system, eat the right foods for our body type, how to use our sexual energy correctly, how to rejuvenate, and how to live a conscious life that can lead us to achieve greater success in all we do. Natural wisdom such as Ayurveda offers us not only health benefits but also happiness and spiritual clarity.

Theories and Principles of Ayurveda

Ayurveda is an ancient healing system that makes extensive use of herbs and revolves around imbalances and vitiations of the three humours (Doshas).

Five elements are necessary for all living systems: Air (Akash), Water (Jal), Fire (Agni), Earth (Prithvi) and space. As these elements change and interact, they can be simplified into three Vitiations (Doshas). A healthy body remains in harmony and balance when those doshas are balanced. However, a diseased state sets in when their balance is disrupted.

There are three doshas; Vata (Wind), Pitta (Bile) and Kapha (Phlegm) and a person is determined by the dominant dosha that determines their character, whether that is Vata or Pitta or Kapha.

Vata -All movements in the body and mind are controlled by Vata, which is composed of air and ether.

Pitta, the result of fire and water, governs heat, metabolism, and transformational change in the body and mind.

Kapha -The physical structure of the body is provided by Kapha, a substance made up of earth and water that fixes the body’s elements together.

There are three doshas present in each individual, with one or sometimes two doshas predominating. Ayurvedic diets, medicine and spiritual practices seek to redress the balance in the doshas ensuring health and harmony resides.

Treat The Root Not The Symptoms

Essentially, Ayurveda is a form of Hindu Medicine that focuses on root-cause treatments. According to Ayurveda, the whole body is a mutually interacting system. An imbalance in one part can affect the entire body. According to Ayurveda, you should strive to achieve complete health. Since allopathic techniques are based on the idea of rapid and immediate relief, patients usually get rid of their problems for a short duration, but the cause of the disease is not eliminated, so ultimately there is a risk of the disease recurring in the future. The antigens in allopathic therapies introduce a chemical, which will have the opposite effect than what the body produces. Hence, there may be a risk when it comes to the power and quantity of a drug. Unlike Western medicine, Ayurvedic medications utilize natural and herbal treatments and supplements, which do not have side effects. In general, Ayurveda does not believe in antigens and antidotes, and these practices are very rarely applied.

An important principle of Ayurveda is not suppressing the body system but searching for the cause and curing it. There is little risk of side effects with such treatments, and the benefits will last a lifetime. This treatment gives you a comprehensive health treatment that works on all the systems in your body, so you feel better all over.

Ayurveda supplements are mostly made from fruits, vegetables, and herbal gifts from nature. There are some plants and fruits that are rarely found in the wild that are very effective against some diseases. Ayurveda students of the past learned the classification of every single kind of plant; they took a long time to find those precious gifts in the jungles, rock formations, & mountains. During the age of globalization, companies and groups are doing that work collectively, so we can now use those techniques, which were previously very costly even for kings. Ayurveda is holistic in nature. It not only gives the body what it needs but also prevents harmful substances from entering the body. Pareja is the concept of limiting harmful foods and supplements that interfere with the treatment in Ayurveda.

Ayurvedic techniques have been developed in the ashramas of Hindu saints and researchers. Hundreds of years of generation-to-generation research went into creating this medical care. Being one of the oldest cultures in the world, India is well acquainted with Ayurveda and has many decades of history using it for health care. In this modern age, when pollution and intoxication are permeating our bodies, and a normal human is becoming weaker due to overindulgent lifestyles, Ayurveda, along with yoga and exercise, is the key to having a strong body and a clear mind.With all the benefits of Ayurveda, the demand for ayurvedic medicines is expected to rise in the upcoming years. Several studies have shown that many patients have found the ayurvedic treatment to be effective, thus ayurveda will likely revolutionize medicine within the next few decades. A return to the old ways is the new future.